SKM: manual flexbanner
Please support GreaterGood by adding us to your ad blocker’s whitelist – ads help us to help where it’s needed most. Thank you!

Since 1999, GreaterGood has been working to create easy ways for changemakers like you to make an impact, both in local communities and around the globe. In that time, we’ve raised more than $75 million dollars for a wide variety of charitable causes that provide aid to people, pets, and our beautiful planet.

Through shopping, daily free clicks, donations, and more, we’ve worked together to change the world one click at a time! And we can’t tell you enough how much we appreciate your support! Thank you for helping us reach this important milestone of $75 million raised for charity! Read on to learn more about one of the many ways you’ve helped us give where it matters.

On February 24, Russian forces invaded Ukraine and since then over 11 million people have fled the war-torn country carrying their beloved pets. They left their homes and all their belongings behind.

GreaterGood along with Greater Good Charities (GGC) is responding to the Ukraine crisis by providing cash aid to humanitarian and animal welfare organizations as well as sending volunteers and licensed veterinarians to the Ukraine/Poland border to help.

A GGC distribution warehouse has been established in Poland and is working with several other bordering countries to distribute food and essentials to those in need.

All of this would not be possible without your support.

How Your Donations Are Helping

Thanks to your generous donations, Ukrainian people and pets are getting the food, care, and support they need. Over $488,000 has been donated to organizations like World Central Kitchen, U-hearts, Save the Dogs, Warriors of Wildlife, and many more. 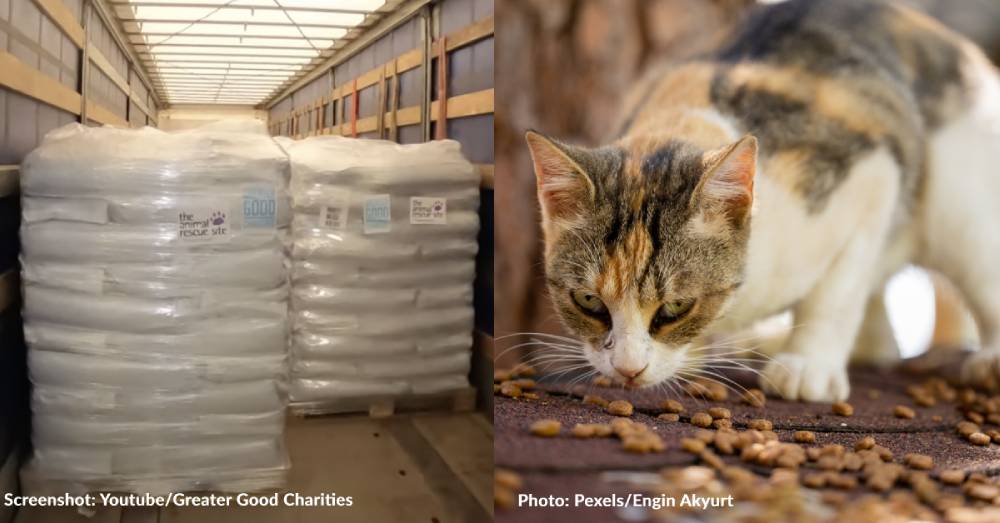 GGC is working with United Pet Foods in Poland, one of the largest European dry pet food manufacturers, to provide cat and dog food to refugee pets and animal shelters in Ukraine.

Grants are also being provided to Centaurus Foundation who is housing and feeding Ukrainian shelter pets like Charlie. Learn more in the video below provided by a volunteer with GGC.

Tents have been setup at border crossings filled with aid and essentials for people and pets. Refugees can get a hot meal, have their pet examined, and rest before heading to their next destination.

World Central Kitchen offers a free hot meal to refugees after their long and strenuous journey out of Ukraine.

Veterinarians are available 24/7 to treat and reassure worried owners that their cherished dog or cat will be fine. Dr. Julie Ryan Johnson, Greater Good Charities board member and volunteer veterinarian, shared with us her experience helping at the Polish border.

“My job was to help get the pets that had come through the border gate ready for the next leg of their journey. Some of the dogs and cats had not eaten or had been drinking enough water due to their travels, and many were just plain exhausted. We would get them to eat and rehydrate, bandage sore paws etc. A lot of what we were doing was help assure the owners that their pets were going to be okay. We would also assist them with new leashes, collars, harnesses (dogs and cats), carriers, pet food, cat litter, shampoos, fleas and tick medication and other items they would need.”

A grant was provided to Clean Futures Fund for Ukrainians under siege on the west side of the Dniepr River, including the Chernobyl Nuclear Power Plant, self-settlers zone, Chernobyl town and Dytatky north of Ivankiv. Two buses filled with people and their pets as well as meals for everyone, pets included, for two days was provided – thanks to your donations.

Over 300 dogs live in the restricted area of Chernobyl Exclusion Zone and were starving due to lack of pet food. Our charity partner, Greater Good Charities, shared, “Within days, Clean Futures Fund used the funds from Greater Good Charities to source and purchase dog food in Kyiv and transport it to the Exclusion Zone. The food is stored at the entrance, as entry is restricted to power plant workers and Ukrainian military only. Power plant workers collect dog food at the check point daily and distribute it to the stray dogs, ensuring the continuity of the Dogs of Chernobyl feeding program, and the health and safety of the dogs that call this area home.”

Ukrainian children are witnessing things no child should ever have to face. They are forced to leave their homes and sometimes their families behind and travel through the dangerous streets to a bordering country. With your help, we have sent over 6,000 toys to refugee children and those still in Ukraine to give them something to hold and hopefully bring a smile to their face.

2,000 Good Packs filled with essentials for people and their pets are distributed to refugees, thanks to your support. Most people fled with just the clothes on their backs and clung to their pets as they made their way to the border.

Masha, a Eurasian brown bear who spent most of her life performing in a circus, was rescued by Warriors of Wildlife (WOW) in 2018. She was supposed to be transported to a bear sanctuary in Romania just as the war began in Ukraine. Rescuers stepped up to make sure the bear arrived safe at the sanctuary.

But she wasn’t the only large animal in need of rescuing. A lonely lion named Mir was discovered living in deplorable conditions. WOW along with financial support from GGC and The Animal Rescue Site transported both Masha and Mir to Romania.

Sadly, Masha was only at the bear sanctuary for a short time before she passed away from a stroke. Lionel De Lange, director of WOW, who assisted in the rescue and transportation of Masha posted the sad news on Facebook. He wrote, “It is with a very heavy and sad heart that I write this post today. Masha had a massive stroke from which she did not recover and she has crossed over the rainbow bridge. RIP Masha. You will always be remembered fondly even though you took joy in scaring me.

“I will never forget the smiles you brought to the faces of refugee children and their families who were fleeing the war in Ukraine while you too were waiting to cross the border as a refugee into Romania.”

Mir is doing well in Romania as he and another male lion named Simba wait to be transported to Sanctuary at Simbonga Game Reserve & Sanctuary in South Africa.

The war is not over

Your donations have supported Ukrainians, pets, and wildlife – and every dollar helps. We will continue to provide aid to those in need, but we need your help.

Give a life-saving donation today.

Want to know more about all the ways we’re supporting causes you care about? Learn more here.

Help where it’s needed most at GreaterGood for free! →

Help where it’s needed most at GreaterGood for free! →